The Tilly Whims shop has a credible heritage stretching back over 25 years. We’re delighted to have built up a loyal customer base over those years that is rooted in providing excellent customer service and attention to detail, we don’t just say that but work daily to ensure that we deliver on our promises.

As part of this, we have rebranded with a fresh look and feel that includes a new logo and emphasis on imagery that reflects our customers’ lifestyle and the wonderful location of Swanage and the glorious Jurassic Coast.

Look out for our shop update which will include a new colourful look. We’d be delighted to hear your comments.

Many people ask where the name Tilly Whims comes from. In fact, Tilly Whims consists of three stone quarries found in Durlston Country Park 1 mile south of Swanage. These caves were originally limestone quarries from which the locally distinctive Purbeck stone was extracted predominately during the 18th century.

Using only metal punches, wedges and hammers to split the rock into workable blocks, quarrymen mined the stone horizontally out of the cliff face. These skilled stonemasons worked most of the stone within the quarry, either to building blocks or into finished items, for example as troughs or sinks. Using a “whim”, a special type of wooden crane, the finished stonework was lowered from the quarry ledges to the boats below. The boats either shipped the stone directly to the stone yards on Swanage Quay or transferred them to a large sailing ketches anchored offshore.

Purbeck stone was used extensively during the Napoleonic wars for building fortifications along the entire south coast of England. As the war ended, however, the demand for stone slumped and the quarries were closed. The caves have not been quarried since 1812. Although the caves were purchased as a tourist attraction by George Burt of Durlston Estate in 1887, the caves were closed in 1976 due to rock fall and are now considered too dangerous to visit. 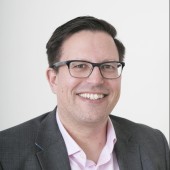